We are overjoyed to announce the 36th Annual Uptown Music Concert Series here in Oxford, OH. Every Thursday night at 7:00 PM, June 2nd - August 25th, you'll be treated to a FREE concert in the uptown parks. There will be a talented lineup of musicians each week, ranging from local favorites to regional talent.

Bring your friends & family, blankets, and lawn chairs, and prepare to spend every Thursday night listening to music under sunny skies** and starry nights (concerts go until 9:30 PM). Kindly remember to thank and patronize our sponsors for making this much-loved community concert series possible.

** Summer weather isn't always sunny, unfortunately. In case of inclement weather, concerts may need to be canceled. We'll update our Facebook page and change our voicemail on the day of a concert if we decide there needs to be a cancelation. To access voicemail, dial (513) 523-8687 and press "2" for "Event" updates. 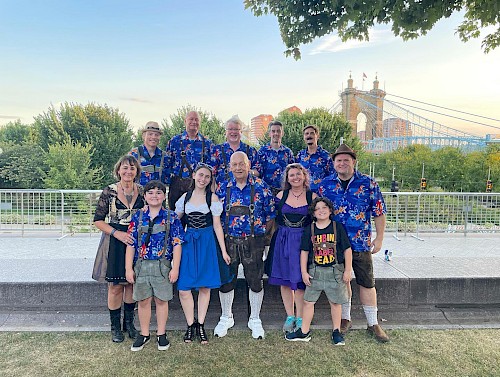 Opening the 36th Annual Concert Series will be The Klaberheads. We'll be swinging the music you love most with plenty of room for dancing in the grass to GREAT big band music.

From August through October, you will find the Klaberheads at your nearest Oktoberfest beer tent, leading the charge in fun! The rest of the year, the band takes on a completely different musical appearance and make-up. The Klaberheads perform at all types of venues from conventions to summer concert series and even dances. They host their own Christmas Concert, New Year’s Eve Dance, and Big Band Show – a popular event in Hamilton that draws a sell-out crowd. From crowd participation numbers to polkas with a twist, from Big Band classics to rock ’n roll, the Klaberheads are accomplished musical entertainers that bring a high-energy connection to the audience. Versatility is what makes this talented group of musicians the band that’s in demand. The Klaberheads are the band for ALL SEASONS!

This night is made possible by our Gold sponsor, Butler Rural Electric Cooperative, Inc. who has been kicking off the concert series for more years than we can remember :) 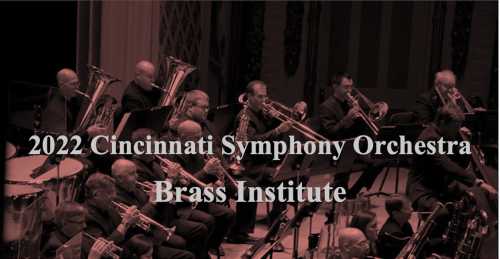 This night is made possible by our generous Gold sponsor of the night, Performing Arts Series.

The Blue Leaf’s Band, a star of the Dayton music scene, is a 4-piece rock band reviving the sounds of the 60s, 70s, and 80s for modern audiences. The Blue Leaf’s brand of ‘Throwback Rock n Roll’ has been described as a marriage of artists like Queen, Billy Joel, and the Beatles into an unforgettable showcase of the classic rock sound. The Blue Leaf’s are proud of their ability to capture the magic in their music. Praised by fans for their ability to pull off difficult harmonies in songs like “Bohemian Rhapsody”, “Mr. Blue Sky”, and “Band on the Run”, The Blue Leaf’s feature their vocals above all else. These harmonies have been perfected over years of rehearsing and professional training. While vocals take the forefront, instrumental proficiency follows close behind, with songs like “Great Balls of Fire”, “Wipeout!”, and “While My Guitar Gently Weeps” prominently featuring displays of instrumental mastery likely to entertain anyone.

This night is made possible by all of the generous sponsors: Oxford Chamber of Commerce, LCNB National Bank, Oxford Seniors, Oxford Masonic Lodge No. 67 f.&A.M. Thank you for contributing to tonight’s festivities. 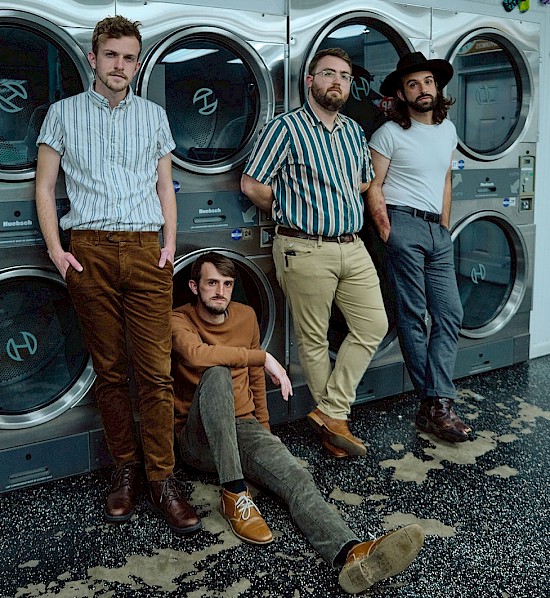 My Brother's Keeper is a progressive bluegrass band from Cincinnati, OH that draws inspiration from rock, gospel, bluegrass and everything in between. My Brother's Keeper consists of brothers Benjamin, Titus, and Joshua Luckhaupt on guitar, mandolin, and fiddle respectively.

This night is made possible by all of the generous sponsors: Framemaker Gallery, Farmers & Merchants State Bank, Coldwell Banker College Real Estate, and New York Life Insurance Company Michael A. Rudolph. Thank you for contributing to tonight’s festivities. 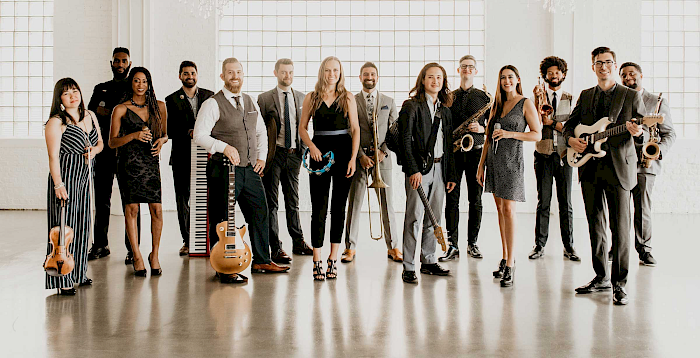 Founded in Cincinnati in 2015, The Bluewater Kings Band has been providing top-notch event entertainment throughout Ohio, Kentucky, Indiana, and beyond since then. We’re live music experts, wedding enthusiasts, and party starters. We’re a premium and highly experienced band; specializing in high-energy music for festivals, weddings, corporate events, and private functions. Our musicians are the top tier in the industry, many of them are formally trained at accredited music schools. We infuse every event with vivacity, fun, and pizzaz, and pride ourselves on filling dance floors. We also like to offer entertainment for more intimate environments as well, which includes small jazz performances, and even classical music. The Bluewater Kings Band brings every event to the next level.

This night is made possible by all of the generous sponsors: Fey Bruder Insurance Advisors, Lions Club of Oxford, Chuck's Electric, Somerville Bank, and Skyline Chili. Thank you for contributing to tonight’s festivities. 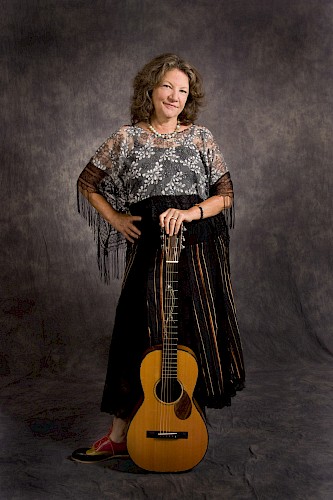 Dubbed the “Belle of the Blues” for her crystal clear voice and charming stage presence, Lisa Biales has released ten albums with her latest, THE BEAT OF MY HEART produced by Tony Braunagel. A town local, Lisa is known for her vocals and bluesy, folk-rock sound. With a high-quality music video and over five albums available on CDBaby.com, there's no shortage of ways to enjoy her music. Come see her as she once again joins our summer lineup. You won't be disappointed!

This night is made possible by our Gold sponsor, The Wild Berry who is marking 51 years of business in Oxford, OH.

Act 1: Jasperoo melds instrumental Americana old-time with original tunes, sharing stories about the music, their instruments (4 and 5 string banjo, 6 and 12 string guitar), and the path where the music takes us all.

Act 2: Linus Tate is a three-person pop-rock band based near Cincinnati. With an eclectic selection of new and classic tunes, their performance will have a little something for everyone to enjoy.

This night is made possible by our generous Gold sponsor of the night, BikeWise. 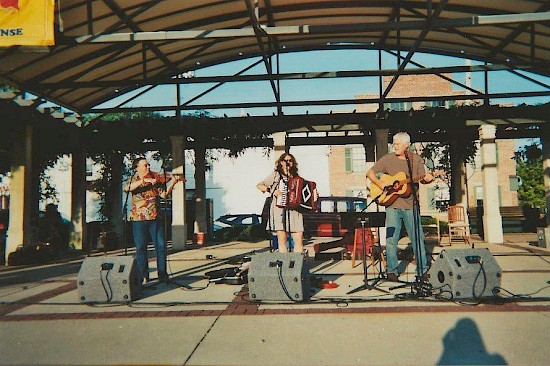 John Kogge & The Lonesome Strangers are a folk band that Oxford knows and loves. Their bluesy, Americana sound is inspired by musicians like Bob Dylan and Joni Mitchell. They are no strangers to the pavilion stage, having played previous uptown concerts here in town. We look forward to welcoming these beloved Oxford locals back to the stage!

This night is made possible by our generous gold sponsor of the night, Marcum Hotel and Conference Room. 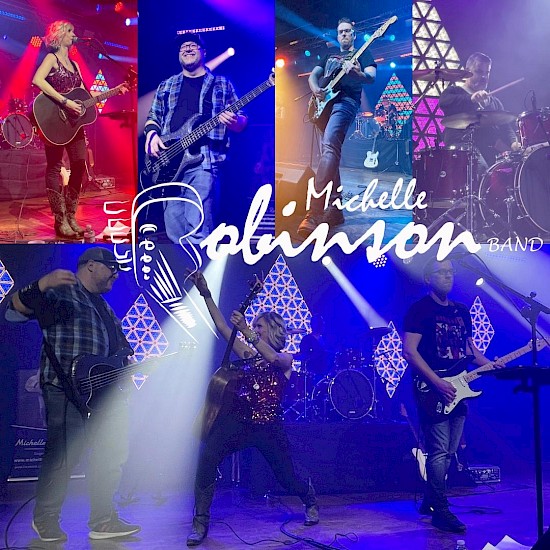 Nashville Recording Artist Michelle Robinson is an artist on the rise. Originally from Cincinnati, Michelle Robinson brings her remarkable raw talent to the stage, playing originals and some of your favorite cover songs. She has shared the stage and opened for National Acts such as Scotty McCreery, The Kentucky Headhunters, Maddie & Tae, JoDee Messina, Mark Chesnutt, Diamond Rio, Phil Vassar, Uncle Kracker and many others. The Michelle Robinson band plays festivals, casinos and some of the top venues in the state. They were nominated for Cincinnati’s Country Entertainer of the year for 2019. Since then, they have become their own unique brand of country music, with a taste of rock, pop and soul. Michelle puts on an entertaining show and connects with the crowd in a special way. It's a show you won't wanna miss!

“Who knows where my music will take me. Of course, I would love to see my name in lights one day. But until then, I am content making music wherever I can” -Michelle Robinson

This night is made possible by our generous Gold sponsor of the night, Graeter's Ice Cream. 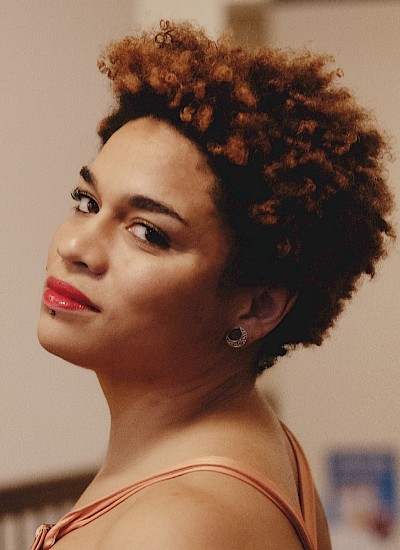 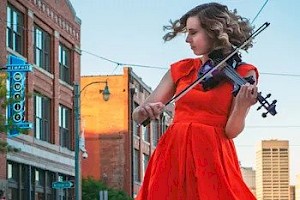 Rachel Maxann has drawn her musical influence from the places she lived, the people she's loved, and the experiences she's shared. Originally from Cincinnati, she had moved to Asheville, New Orleans, Los Angeles as well performed on cruise ships that lead her across the equator multiple times. Rachel Maxann currently lives in Memphis, TN where she released her EP “Belonging to Forever”, and is ready to release a new album with the new influences she has gained from her new soulful home. Wherever she is, Rachel Maxann’s main drive remains a love of Vintage Indie Rock, Post-Modern Folk, and spreading her art to as many people who will listen. Rachel Maxann is joined by a close friend and accomplished violinist Alice Hasen with whom she shared the stage at the International Folk Alliance as well as on tour with Grammy-nominated artist Valerie June.

Alice Hasen (violinist): Born in Vermont and based in Memphis, Alice Hasen is a professional violinist, recording artist and songwriter. She leads Alice Hasen & the Blaze and is part of the Blackwater Trio, an acoustic rock band. Alice is known for her unique playing style, which combines the virtuosity of her classical upbringing with the freedom and creativity of improvisation.

This night is made possible by our generous Gold sponsor of the night, LaRosa’s. 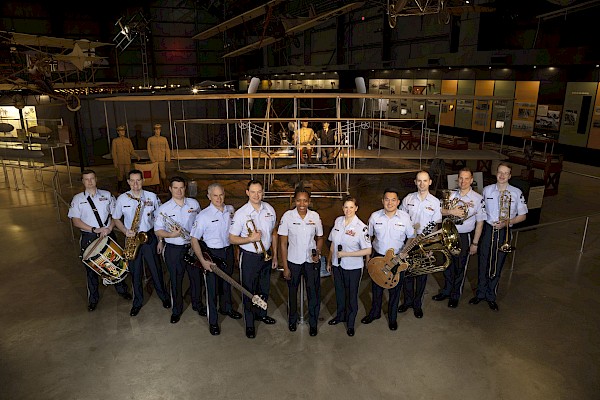 The United States Air Force Band of Flight, stationed at Wright-Patterson AFB, Ohio, is a 17-member organization and features 2 musical component groups. Flight One is the popular-music group and Spirit of Freedom is a brass ensemble with a percussionist and vocalist. Periodically, these groups combine to form the expanded Band of Flight. The Band of Flight presents more than 350 performances annually, providing quality musical products for official military functions and ceremonies as well as civic events and public concerts. Under the command of Lt Col Joshua Wolfram and the direction of CMSgt Stephen Larson, the band supports functions of the 88th Air Base Wing, Air Force Material Command and the state of Ohio. Air Force Bands inspire immediate, positive and long-lasting impressions of the United States Air Force and the United States of America in the hearts and minds of our audiences. As one of 10 active-duty Air Force and 5 Air National Guard bands, the Band of Flight is committed to supporting the mission and vision of the US Air Force through their musical and military endeavors. 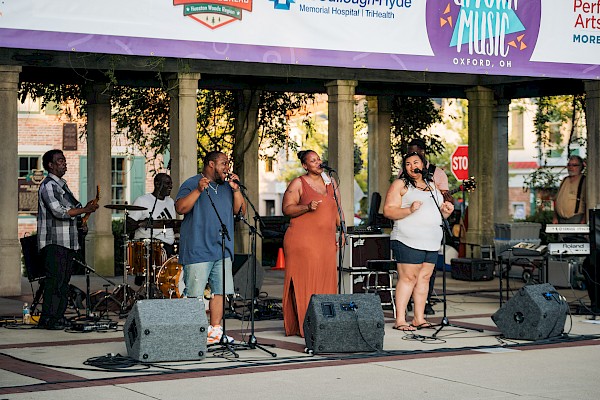 Premium Blend Music is made up of some of the most talented upcoming musicians/vocalists in the industry. Performing and being inspired by many styles and genres of music ranging from classical to hip-hop, these musicians lend their musical gifts and talent to give their listeners a unique, musical experience. These musicians bring their individual uniqueness to form a Premium Blend!

This night is made possible by all of the generous sponsors: Greater Oxford Community Foundation, TJ Maxx, Re/Max Alpha Real Estate, Oxford Veterinary Hospital, and Miami Savings Bank. Thank you for contributing to tonight’s festivities.

The Butler Philharmonic Orchestra was founded in 1951 (it was then known as the Hamilton Symphony Orchestra) and has been going strong ever since with some of the finest musical talent in the region. This is the inaugural season for our new conductor, Dr. Scott Woodard. The 75 member orchestra regularly performs concerts to a packed house and we're sure that the uptown park this summer will be no exception. Read more about "Concert earns Butler Philharmonic conductor Italy invite", and congratulations Maestro Scott Woodard!

*In case of rain, this concert will be relocated indoors at the TBA.

This night is made possible by the Ruder-Bever Family. 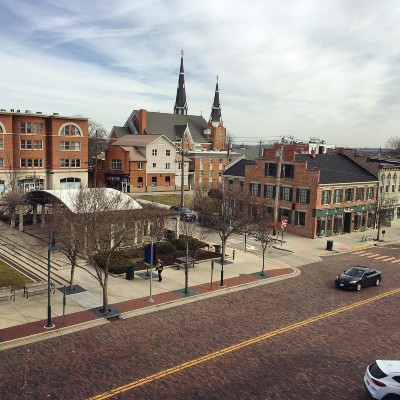 Our thoughts are with everyone affected by COVID-19 and the changes amidst a pandemic we all have experienced. As we enter into the endemic stage, we are inspired by the way the Oxford community...

Welcome to Oxford's Winter Survival Guide- Dining, Events & Retail passport! Beginning the first of December, you'll be able to pick up a passport from the Enjoy Oxford office (14 W. Park...

The uptown Pavilion is crowned with a wreath & holly, twinkle lights are adorned on the trees lining either side of High Sreet, which can only mean one thing: the holiday season is upon us and...